On occasion, I am asked about the start of my public speaking.  It was long ago. 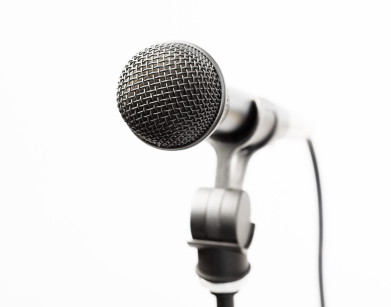 I have to give a bit of background to set the stage.

I am originally from Southern Illinois.  While heading to second grade, my parents moved me to the deep south, Brunswick, Georgia.  Upon moving, I found out quickly from the natives that I was a Yankee Carpet Bagger.  Heartbroken and disappointed to be the enemy of the South, I wondered how I would ever make new friends in Mrs. Littlefield’s second grade class.

In my second grade brain, I figured out how to bridge the War of Northern Aggression Gap.  Mrs. Littlefield set up Show and Tell sessions for the last of the day.  I knew this, my first public speaking event, was my avenue to acceptance and new appreciation with my Rebel classmates.

Unfortunately, a combination of embarrassment to ask a new teacher and the excitement of this once in a lifetime opportunity put me in the position where I should have gone to the restroom.  I did not.

Well you probably guessed it.  Moments into my first motivational speech, it was interrupted by bodily fluid easing down and warming my leg while wetting my uniform pants.

Mrs. Littlefield responded in horror, as my face reflected that look of relief that is often found on a male face when standing in front of a urinal. Sorry girls you just wouldn’t know about this.

As the class erupted in laughter, Mrs. Littlefield, whisked me away to the restroom and then to the office.  Although wet and humiliated I sat patiently in the office as the staff, to no avail, attempted to reach my parents.  Long before the era of the cell phone, they were forced to load me on the bus for my ride to public humiliation, oh, and home.

Of course, my interrupted oration had already become the talk of the school.  To find me tenderly seated in the front of the bus made for a lively personal catastrophe.   Not only did the entire second grade know and communicate my unlikable position, but now every student on bus four joined in the party of torment.

I made it home, and I don’t remember even telling my parents what happened.  Fortunately with a public speaking start like that it could only get better.  For the most part it has.  I guess the resilience of youth paved the way for a brighter and more comfortable oratory future.

When was your first public speaking event?

Have you ever had quite so special a moment?