The reality is I want others to forbear my deal, but not so much me forbear their deal. 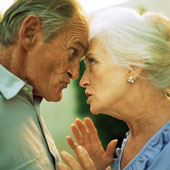 Quick to anger, easy to upset, minor molehills multiplied into massive madness mountains, able to flare up with the tiniest indiscretion, and ready to pounce like a speeding bullet.  It’s an offense.  It’s a blown out of proportion argument.  It’s a knock down drag.  No, it is forever forgotten forbearance.

My wife and I were discussing an argument witnessed recently.  Now granted we weren’t in the argument, so we weren’t privileged with all details or history, but we were both shaking our heads to see the war that seemingly came out of what seemed like nothing.  It just did not seem like it warranted the battle.

My dear Natalie then commented, “As super mentor and Godly woman, Jean Berry, warned me, we no longer have forbearance towards each other.”  You know Jean and Natalie are right.   I can’t remember the last time I heard someone encourage another person to forbear.   Like me you might be thinking what does it really mean?

Meriam Webster gives us the following:  to control oneself when provoked : be patient;  a refraining from the enforcement of something (as a debt, right, or obligation) that is due.  I looked in the Theological Dictionary of the New Testament and found that the word associated with forbear can be translated patient, bearing up, bearing, and toleration.  Forbearance definitely has the King James Version ring to it, but it is not for the weak in knees.

I give you the English Standard Version of Colossians 3:13, “bearing (forbearing) with one another and, if one has a complaint against another, forgiving each other; as the Lord has forgiven you, so you also must forgive.”

It is about overlooking, dismissing, enduring, bearing, and forgiving what would normally be an offense of some sort.   I think we can all agree now this just does not come natural to the normal human being.   The reality is I want others to forbear my deal, but not so much me forbear their deal.

It is not the stuff of mere mortals.  However, it must be achievable or there would not be a biblical admonition to walk out forbearance.  The ability to forbear what is naturally offensive is the mark of a surrendered life.  It is the Christian life that Paul describes in Romans 12:9-21.

“…Outdo one another in showing honor.”  “Bless those who persecute you; bless and do not curse them.”  “Live in harmony with one another.” “…live peaceably with all.”

Forbearance sounds pretty tough, but can you imagine the impact forbearing people could make on a culture.  In the words of Barney Fife, “This would be big.  I mean big.”

I am game to give it a fighting chance, but do I know I need some help…self sacrificing supernatural help.   Let’s put forbearance back on the map.

Questions:  When was the last time you forbear the actions of another person?

What do you think it would take for you to forbear the next offense towards you?